Motorola’s ever-expanding mid-range G line is bound to do some even more expanding in the next few weeks or so. And one of the models coming up is the Moto G42, already leaked in neat-looking press renders earlier this month. The phone was also certified by a bunch of regulatory bodies, and now we get an additional piece to its puzzle.

That’s because a prototype Moto G42 ran Geekbench 5, and as usual this means its results are now available for the whole world to see in the benchmark’s online database. Not just that, though, but also a couple of important specs. 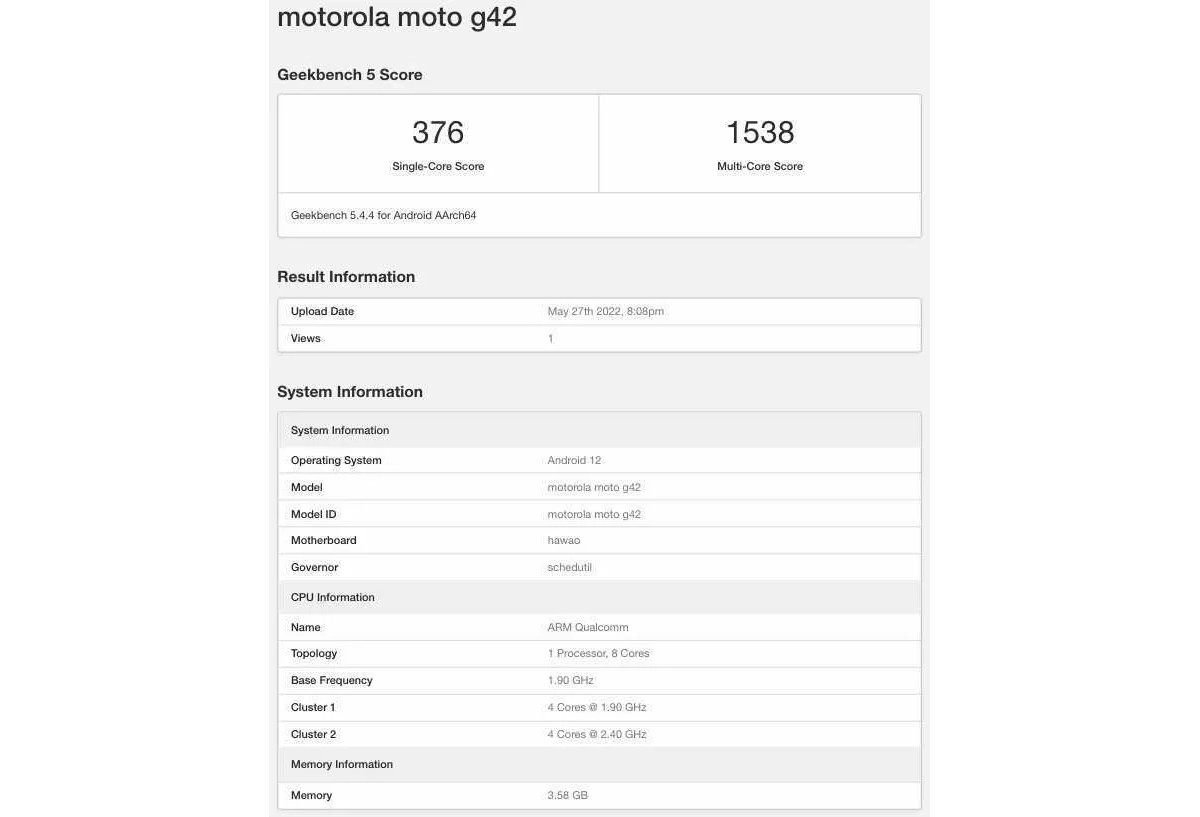 Namely, thanks to the benchmark run we now know that the chipset powering the device is Qualcomm’s Snapdragon 680. The prototype in question had 4GB of RAM, but it stands to reason that there may be 6GB versions too. As for results: the G42 managed a 376 single-core score and a 1,538 multi-core score. Not that you should necessarily pay any attention to those – this is after all a prototype we’re talking about.

The Moto G42 should obviously be the successor to the G41 announced last November but only actually launched this January – Motorola’s launch time frames are getting quite weird indeed. Anyway, like that model, the G42 is expected to sport an AMOLED screen and it will run Android 12 from day one.