We don’t have to tell you that smartphones have gotten larger over the years. For a company like Corning that created a problem – the longer the screen diagonal is, the more stress will be put on the glass when you inevitably fumble your phone and drop it on the floor.

That means that it has to keep improving on its tough glass formulation to keep up with changes in smartphone design. A couple of years ago it introduced Victus, then came a plus version in 2021 and now it is time for the sequel, Gorilla Glass Victus 2. 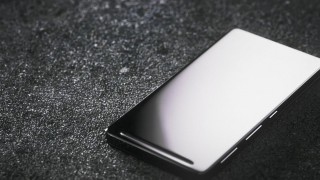 Concrete (left) is rougher than asphalt (right), which means higher risk that the glass will shatter

The smooth (possibly carpeted) floor of your home doesn’t present that much of a risk to a modern smartphone. Rough surfaces outside are another matter, though. Asphalt can leave the screen pretty scratched up if the glass isn’t tough enough, concrete is even worse.

That was Corning’s target with this generation of GG Victus – concrete. It’s a mix of cement, sand and rocks and one of those rocks can really ruin your day if you drop your phone. Concrete is rougher than asphalt, the company uses 80 grit sandpaper to approximate concrete compared to 180 grit for asphalt. The mix of the differently sized materials creates an uneven surface, so a piece of gravel sticking out slightly can concentrate all the force of the impact in one spot. Smooth floor tiles that you might have at home spread out the force, which really diminishes the chance of the glass shattering.

Using lab machinery to run tests, Corning developed Victus 2, which can survive one meter (hip height) drops onto concrete. If you happen to be walking on asphalt, the glass can survive drops from 2m (head height). 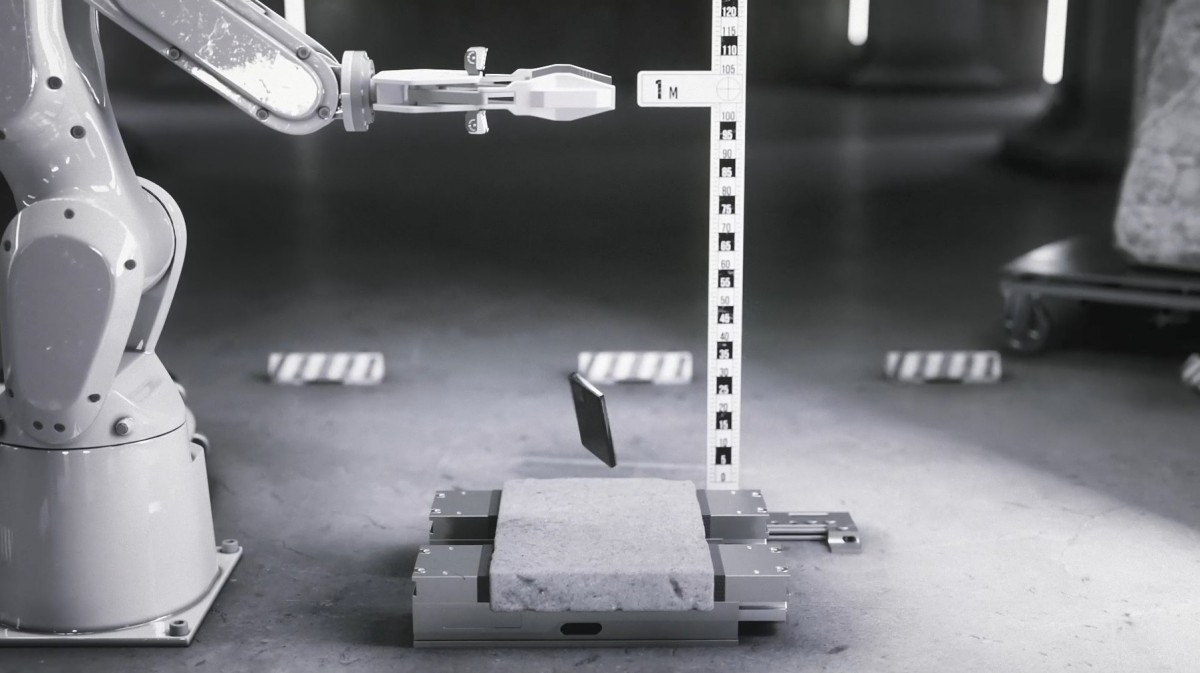 Using robots means that tests are accurate and easy to replicate

As we said, larger phones are a problem. Not just because of the larger screen diagonal, phones have gotten heavier too – an average smartphone today is 10% larger and 15% heavier than one from four years ago, according to Corning. More weight equals more force when the phone hits the ground and that compounds the issue.

Surviving an impact without shattering isn’t enough, however, the glass has to also resist scratches. Those are two separate issues, though they sometimes have the same cause – dropping the phone onto a rough surface. That is not always the case, pockets and desks also carry a risk of scratches. Also, with the prevalent “glass sandwich” design, Gorilla Glass is often tasked with guarding not just the display on the front but also the back of the phone.

Smartphones adorned with Gorilla Glass Victus 2 are expected to reach the market in the next few months. Which ones? Corning isn’t naming any names for now, but it maintains a list of devices that currently use GG – chances are that the sequels to the phones using Victus(+) will go up to version 2.

PS. We got to speak with Scott Forester, Division Vice President and Business Director, Glass & Operations Council at Corning, and asked about the challenges of building strengthened glass for smartphones. More on that coming in a separate article.